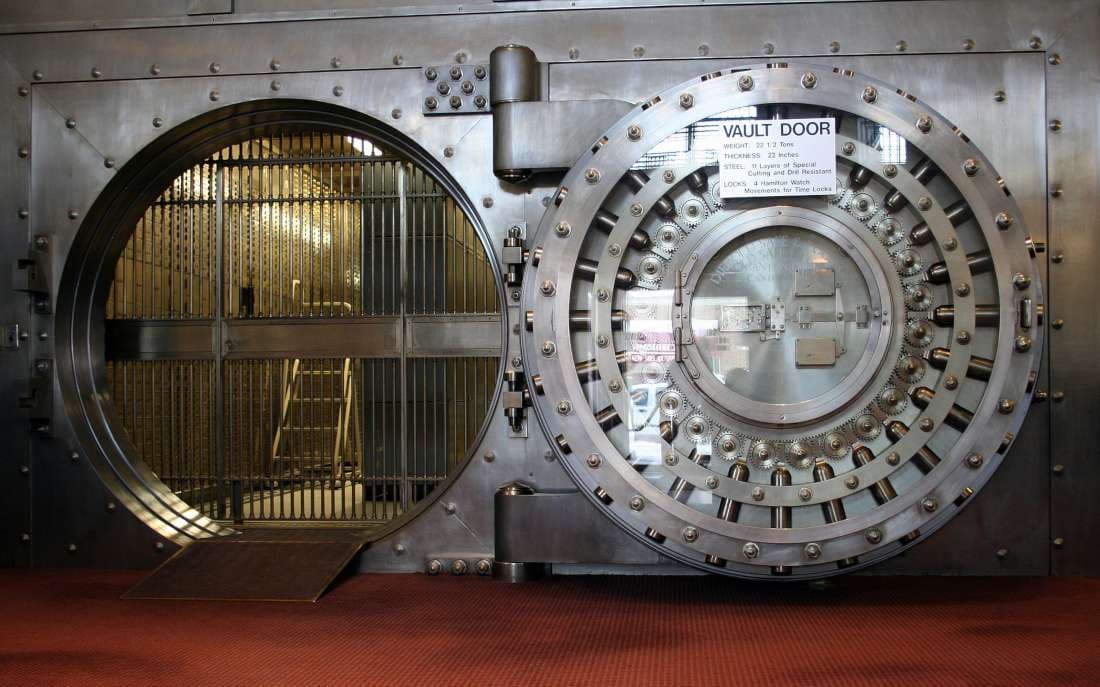 I designed an API to connect Elm apps with back-end authentication. You can find it on the Elm package site as the-sett/elm-auth.

You can find an implementation of this API, against Amazon Cognito, also on the Elm package site as the-sett/elm-auth-aws

The Code to the Vault

Authentication can seem like a mysterious process, convoluted and leading to code that is hard to understand, supported by cryptic documentation with its own technical jargon. As application developers we are usually quite clear on what we need from it and where it will sit in our applications.

There needs to be a log in box into which the user enters their username and password in order to gain access to some protected resource.

Once logged in, an authentication back-end may respond with some information about the user. At a minimum we might expect some unique identifier for the user and possibly also some indiciation of what access rights that user has.

The protected resource is the part of a system that is most interested in the access rights of your users. It must evaluate them to determine whether it should give access or not. A user interface running in a browser sits outside the firewall and cannot really be protected or fully trusted, since any attacker has access to its javascript code and can modify it and see all of its internal workings. That said, a user interface is usually also interested in knowing about the users access rights, in order to be helpful and only show the user actions that they will be able to succesfully perform given the access rights that they hold.

In addition to logging in we might also want our users to be able to log out explicitly. This does not always need to be done as typically the proof of authentication will expire on a timer anyway. For applications with greater security concerns such as online banking, the ability to log out can help give users more peace of mind.

The application might try to access some protected resource and fail because the user does not hold a valid proof of authentication or access rights. In web applications these conditions will typically be signalled with an HTTP 401 or 403 response code. When that happens we might also like to tell our authentication module that it is unauthenticated and should be reset. Some application frameworks will do this part automatically, by intercepting HTTP calls behind the scenes. We generally eschew such magic in Elm and prefer to be explicit.

There is one other behaviour that a user interface is interested in, and that is when an attempt to authenticate fails. In that case the user interface will typically tell the user that they were rejected and possibly invite them to try again.

Interacting with an authentication server is going to be modelled as side-effects in Elm, and that the possible actions are to log in, log out, and to tell the authentication module that its view of the world is wrong and the user is actually unauthenticated. Lets see what those side-effects look like:

The credentials is most commonly made up of a username and password:

To nest these Model and Msg types within an application, we will also need an update function. When an update occurs it may not result in a change to the authentication status. An example might be when an automatic refresh occurs, in which case the state will appear to remain steady in the LoggedIn state. The update function reports the status in an edge-triggered manner, which is to say that it reports it only when it changes.

To access some protected resource we may need to provide proof of authentication and access rights along when making HTTP calls. The most common way this is done is by adding a so-called bearer token into the HTTP headers. I explained that some frameworks will handle this automatically behind the scenes. In Java or in Angular for example, we can sprinkle some magic @Incantations around or code and have these aspects of its behaviour automatically woven in. In Elm we much prefer to be epxlicit about things, so we are going to need a function to add the HTTP headers:

Different back-ends will be set up differently so there is going to need to be some way of configuring them that can vary amongst implementations. This is also how we get hold of the initial model. The return type is a Result here, allowing for errors in the configuration to be reported:

The LoggedIn state reports a unique subject id and possibly a list of permission scopes as a minimum. Some back-ends may be able to provide more here, so I made that into an extensible record:

Some back-ends may support or require things like 2-factor authentication, or the user must answer a challenge to prove they are not a 'robot'. I catered for that possibility by adding a Challenge state to the Status type. Those challenges can be responded to with additional side-effects in the relevant implementations:

Bringing it all together

An implementation of just part of the API is of little use; the full API must be implemented. I also want the API to be extensible so that the various implementations can add their own side-effect functions for things like answering challenges.

The API is presented in a slightly unusual style to meet these desires; as an extensible record of functions:

The parts that can vary amongst implementations are represented as type variables. The core API that remains constant is represented by the fixed fields on the API, which correspond to all the components described above.

It is true that 2 implementations of this API will have different types in Elm. Changing the authentication back-end of an application is not simply a drop-in job. The overall pattern of the design remains constant amongst implementations, keeping things easy to understand and to re-use across many Elm applications.